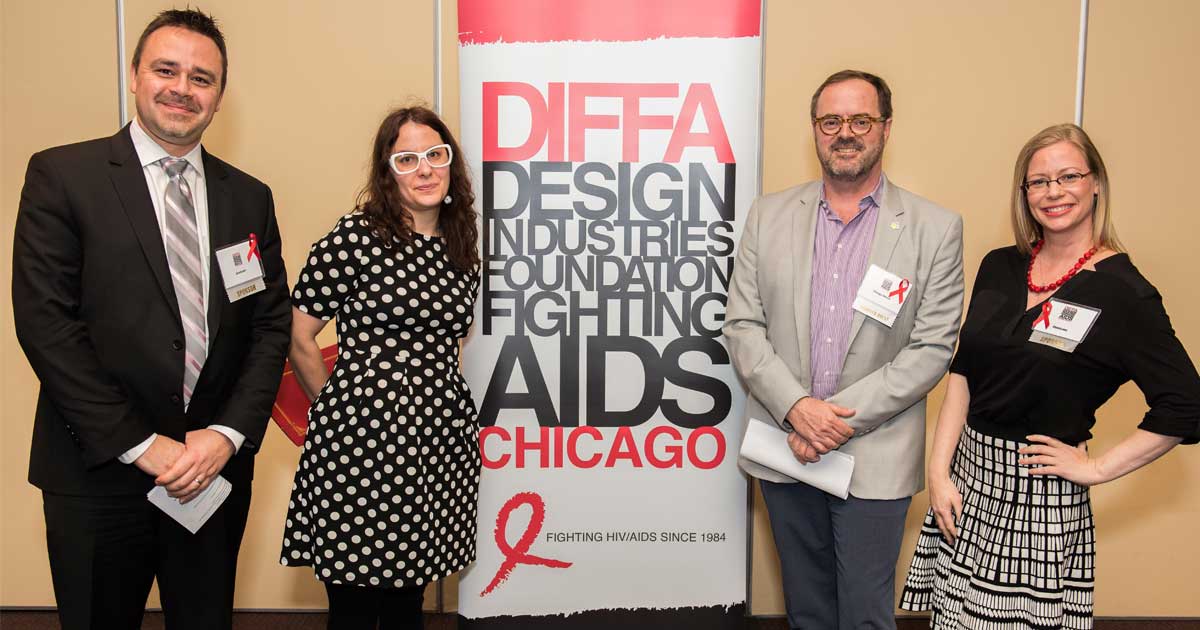 On February 26 at the Herman Miller showroom in the Merchandise Mart, DIFFA/Chicago (Design Industries Foundation Fighting AIDS/Chicago) held an event honoring the recipients of this year’s Excellence in Care Awards.

The panel looked specifically for agencies and programs across Chicago and the surrounding suburbs that focus 100% of their efforts on HIV/AIDS. In addition, all programs need to directly support one or more of these areas which have been identified as key aspects of today’s HIV/AIDS fight; At-Risk Youth (12-21), Men who have Sex with Men (MSM), specifically Men of Color and LGBTQ programs specifically serving the South and West sides of Chicago.

The following agencies were awarded grants this year:

Who We Are
Our Mission
How We Do It
Donate - Make a DIFFArence
DIFFA Chicago champions the fight to end HIV/AIDS through awareness, prevention, and the pursuit of a cure.